History of Stormwater in Port Angeles

Prior to settlement in the Port Angeles area, stormwater soaked into the ground and/or flowed to creeks that discharged into the Strait of Juan de Fuca, the harbor, or local ponds and wetlands. The area at that time was mostly wooded, with trees, brush, and other vegetation intercepting precipitation and preventing erosion during most storms. Pre-development pollutants consisted mainly of sediments eroded during major storm events. 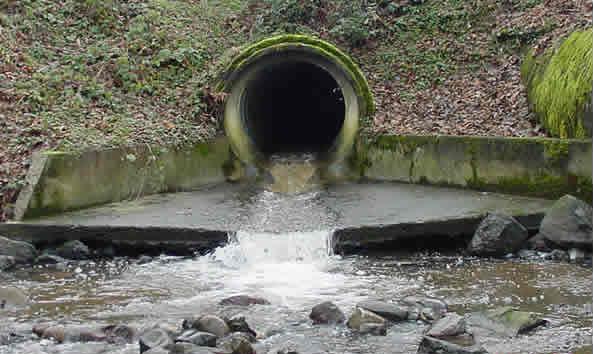 As the Port Angeles area developed, ditches were constructed to capture runoff from roads. Bridges and culverts were built where stream crossings were desired.

Domestic animal wastes, sewage, added erosion sediments, and other pollutants began to enter the creeks. Further development added pavement, curbs, catch basins, and pipes. In some cases, combined sewers were built to convey both sanitary sewage and stormwater runoff directly into the harbor.

Some of these pipes remain in service in the older sections of Port Angeles, although the combined wastewater is now conveyed to the wastewater treatment plant during most storm events via the Combined Sewer Overflow (CSO) system.

As development continued to occur, levels of pollution from human activities, buildings, roads, vehicles, and pesticides increased in the now-urban stormwater. Impacts on drinking waters, fish, wildlife, and humans became a concern. In response to reduced water quality, federal, state, and local stormwater legislation began to be enacted.

In the 1950s, the City of Port Angeles’ storm drain catch basins were fitted with sediment traps and oil separation tees. These helped to reduce the amount of pollutants transported to the creeks and marine waters. Improvements to sanitary and combined sewer facilities continued to be made as well.

Recent federal and state regulations have increased the level of control and responsibility that municipalities must take for their stormwater systems.